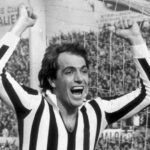 ROBERTO BETTEGA: A ‘head’ unlike any other

Nils Liedholm has just become the coach of Varese, a team playing in the cadet championship.

A match is scheduled between the two ‘Primavera’ teams of his Varese and Juventus.

He almost can’t believe his eyes.

In attack for Juve plays a tall boy, with compassionate and elegant movements who ‘touches’ the ball with great sensitivity when it is on the ground but who becomes a radiator when the ball is in the sky. Elevation and power of a quality that the ‘Baron’ has rarely seen in his career.

He is, however, convinced that he is an ‘out-of-team’ and that he is, in any case, more than the eighteen years old that they say he is. Too mature for that age.

He expressly asks Vittore Catella, president of the bianconeri.

“That boy could do very well with us. And he would always play with me. This I can guarantee him right now,’ were the words with which Liedholm addressed the Bianconeri president.

The deal is done.

A year on loan in a league as competitive as Serie B can only do good for that young man of Veneto origin who has been in Juve’s youth academy for as long as I can remember.

Liedholm will be true to his word.

Roberto Bettega will practically always play in the ranks of the Lombardy team and his thirteen goals will contribute decisively to Varese’s promotion to Serie A.

But it would not be with the Lombardi that Bettega would make his Serie A debut.

After a season at that level, Juventus wanted him back in the ranks.

Armando Picchi, the new coach of the Bianconeri, did not hesitate to throw him into the fray from the first day. Roberto repaid him with the winning goal in Catania.

By the end of that season his goals would total twenty between league and cup competitions.

Roberto Bettega would not leave the Bianconeri’s starting line-up for the next twelve seasons, ending his career as the second highest scorer in the club’s history behind only Gianpiero Boniperti and surpassed several years later by Alessandro Del Piero.

The fourth championship match is being played. On the programme is Milan – Juventus.

The two teams, together with Boninsegna and Mazzola’s Inter, share the odds for the Scudetto.

There are many great players on the pitch.

In the ranks of the Rossoneri the names of Gianni Rivera and Pierino Prati, Milan’s ‘mind’ and ‘arm’, stand out, but there are also excellent players like Romeo Benetti, the German Schnellinger and the ‘black spider’ Fabio Cudicini. Juventus, on the other hand, already had its own physiognomy and on the pitch were the youngsters who would lead the Bianconeri to dominate the Italian scene in that season and the following ones (four titles and two second places). Pietro Anastasi, Fabio Capello, Franco Causio and Giuseppe Furino were all immovable starters.

After a quarter of an hour of play, the game was unblocked.

Causio carried the ball down the right flank, returned on his left foot and glanced into the box. There is Bettega, who sprints to the first post to dictate the pass. The ball arrives exactly there. Bettega took off and smashed the ball at the first post, leaving Cudicini stunned.

Causio’s cross and Bettega’s winning ‘zuccata’. It would be a classic for many seasons to come, in Juventus and the Italian national team.

Milan tried to react but Juve closed in carefully and broke away with speed and precision.

Shortly before the half-hour mark, it was Bettega who put in a pass on his right to Anastasi.

The sparkling Bianconeri number ‘9’ seemed to be closed in by Anquilletti’s marking and Sogliano’s ‘double’. He made a series of feints, stole a few metres from the Milan defenders and then, from the right, put in a low ball a metre outside the Milan goal area. Once again Bettega had ‘read’ his team-mate’s intentions before anyone else and anticipated Sabadini, his marker.

The ball, however, seemed too far back for the Bianconeri number ’11’.

Because with the heel of his right foot Bettega stroked the ball just enough to send it into the corner at the far post of an astonished (and probably admiring) Cudicini.

A wonderful goal, with an impressive technical quality.

For many years to come every goal scored with that side of the foot would be called ‘the Bettega goal’.

Juventus were in the round of 16 of the Champions Cup.

Facing them were the Belgians from Anderlecht, who had beaten the Bianconeri three goals to one in the first leg at home.

A feat was needed on that foggy evening at the Comunale.

From the start, however, it was clear that Lady Luck had no intention of assisting the Bianconeri.

After four minutes of play a Gentile cross from the right arrived in the centre of the area. These are the balls that Roberto Bettega favours. Perfect timing and coordination. Munaron, the Belgian goalkeeper is beaten. However, the ball hits the post and goes back in.

A few minutes passed when another cross arrived, this time from the left by Cabrini.

Munaron decided to intervene, knowing the risk he was running by letting Bettega hit it again in an acrobatic move. His exit allowed him to anticipate the Bianconeri number ‘9’ but in doing so he ran him over. Bobby-gol’s body remained under that of the sturdy Belgian goalkeeper.

Bettega got up. He resumes playing but realises he cannot be useful to the cause.

Trapattoni is forced to replace him.

Roberto Bettega, a quarter of an hour after the clash with Munaron, left the pitch to make way for Pierino Fanna.

He does so running around, with just a hint of a limp.

It’s a knock, possibly a knee sprain, and he may have to stay in the pits for a few weeks.

When the doctors’ verdict arrives, it is devastating: nobody can believe it.

Rupture of the cruciate ligament in his knee.

The worst that can happen to a footballer.

Roberto Bettega, the strongest Italian striker after Gigi Riva’s farewell to football, will miss the rest of the season, including the World Cup expedition to Spain, which will see Italy triumph.

Enzo Bearzot will wait for him until the end, he, always loyal to his boys, knows that Bettega’s football intelligence, leadership skills and quality are simply not replaceable.

Some will say that ‘we won a World Cup without our strongest player’.

… there are many who think so, not only those of Juventus faith.

After the first excellent season in the ranks of Juventus, the second starts with a bang. Bettega is simply unstoppable.

He scored ten goals in the first fourteen matches. The last of these in the home win against Fiorentina. At this point, however, something happens.

For some time now, ‘Bobby-gol’ has been suffering from breathing problems, and the fatigue during and after matches is exaggerated for a twenty-one year old at the peak of his physical strength.

It will be acute pleurisy that will keep him off the field for practically the rest of the season.

Among his 178 goals with the Juventus jersey, some simply made the club’s history.

The most important of all is perhaps the one he scored in a fiery San Mames in Bilbao in the return match of the Uefa Cup final.

After the first leg, won in Turin by a goal to nil (the famous goal from the back by Marco Tardelli), the narrow lead had to be defended in the ‘Catedral’ of Iberian football.

It was to be a siege that, however, thanks to Roberto Bettega’s header at the start, allowed the Bianconeri, defeated by two goals to one, to bring the prestigious trophy to Italy, the first international won by Giovanni Trapattoni’s all-Italian Juventus.

The same can be said of the crucial goals scored by Roberto Bettega with the national team.

If more or less everyone remembers that wonderful goal against Argentina at the 1978 World Cup, there are several others that were absolutely decisive.

During the qualifiers for the World Cup in Argentina Bettega first scored the second goal that sealed the deal at the Stadio Olimpico in the big match against the English, our main rivals, and then he even scored four goals in the six to one against Finland that was to prove decisive as Italy would only qualify thanks to goal difference for that Argentine World Cup.

Equally important was the goal scored by Bettega in Yugoslavia in October 1981 that allowed the Azzurri to draw that match and finish second in the group right behind the ‘plavi’.

Bettega’s last match with his Juve was the disastrous 1983 Champions Cup final, the one played in Athens against Hamburg and lost by one-nil.

At not even thirty-three years of age, however, for Bettega, who found it simply unimaginable to play in the Italian league in other colours, an offer arrived from the Toronto Blizzard.

It was a new and exciting challenge that Bettega accepted with great enthusiasm.

He would play two excellent seasons with the Canadian club, although that of 1984 would unfortunately be the last for the NASL league, which was forced to close due to economic problems.

On his return to Italy, fate returns to present him with the bill, for the umpteenth time. With his A112 he is the victim of a serious road accident that for a few days makes ‘Penna Bianca’ (Bettega’s other nickname) fear for his life, but fortunately he manages to make a full recovery.

A stadium was even named after Roberto Bettega for over ten years (between 2002 and 2014). A club in Asunción, Tacuary, dedicated a stadium to him. It seems that the President of the Paraguayan club, Francisco Ocampo, was a great admirer of the Italian striker since the Argentine World Cup … so much so that he dedicated his stadium to him.

Finally, a curiosity. Roberto Bettega scored over two hundred goals in his career.

Of these only six were on penalty kicks.

And considering that the total number of penalties he has taken in official competitions is exactly six … perhaps Juventus and the Italian national team have missed out on a top penalty taker. 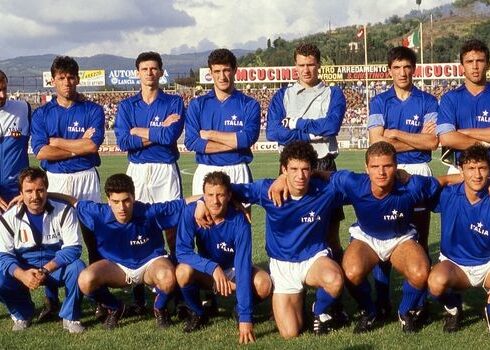 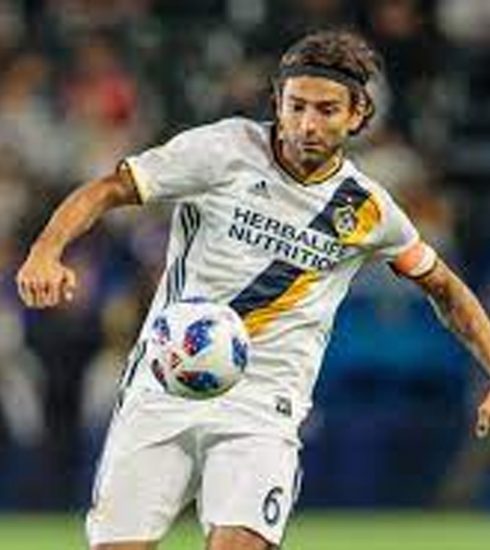 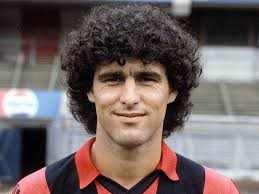